Currently all areas in the City are treated in the same way - demonstrated by the repetition of traffic rules/regulations across the whole city despite very different needs in different areas. (The M50 gets the same road markings and traffic signage treatment as the medieval city centre of Dublin.)

Often the "city centre" and "city living" are perceived as unsuitable for long-term living (the Dublin House project attempted to look at one aspect of this), particularly with children. Part of this is a need for more space -  safe space for playing very near their home, space for trees and plants, space for waste storage, space for bicycle storage, more space for walking here here

We tend to jump to imagine solutions being provided everywhere. It would be useful to have a very clear, pre-defined set of areas, that we could use when discussing ideas and rolling them out.

There's an entire area with the centre of Dublin City that all has a speed limit of 30kph. Can you easily picture where it begins and ends in your mind? When driving, do you immediately and clearly know when you've entered it, and are again exiting it?

Many of our national laws are not particularly suitable for urban-living, architecturally-rich, environments perhaps as a consequence of our relatively young status as a country and our cultural inexperience of managing urban environments.

Have confidence in our own vision for Dublin City - as opposed to attempting to match the suburban 'shopping mall' experience. Instead do the exact opposite and double-down on what's great about the centre of Dublin City.

Have a clear concept to aim towards as a city, and that everyone understands. From my architectural background, I'm used to developing and clearly knowing what "my concept" was for a building, which then acted as a north-star for all decision-making. I also used to have a rule - the concept should be simple enough that someone would understand it and could sketch it after seeing it only for a few seconds, but that it would have rich layers of detail as you got closer and closer. (To give you an example from a well-known building, see this concept of Sydney's Opera House versus a closer detail.)

Exploring the concept of ‘zones’

Currently all areas in the City are treated in the same way - demonstrated by the repetition of traffic rules/regulations across the whole city despite very different needs in different areas. Could we create zones in which there's a clear meaning associated with that particular area of the city - and acknowledge that when we’re dealing with a city and an urban environment that we have 'permission' to approach it in a different way. Such an approach might be useful internally within Dublin City Council, or they might be useful for developing and fostering a certain mindset in the city's populace.

In order for zones to be effective, it’s crucial that it’s obvious to users where they begin and end. Historically, and in other countries ‘zones’ arise naturally, or are boundaried (by wall/canal etc). These are useful in that they:

We could think of the city as a single fried egg - with a pedestrian-priority core (the egg yolk) and a surrounding area of liveable streets (the egg white), sitting in a wider city (the frying pan). 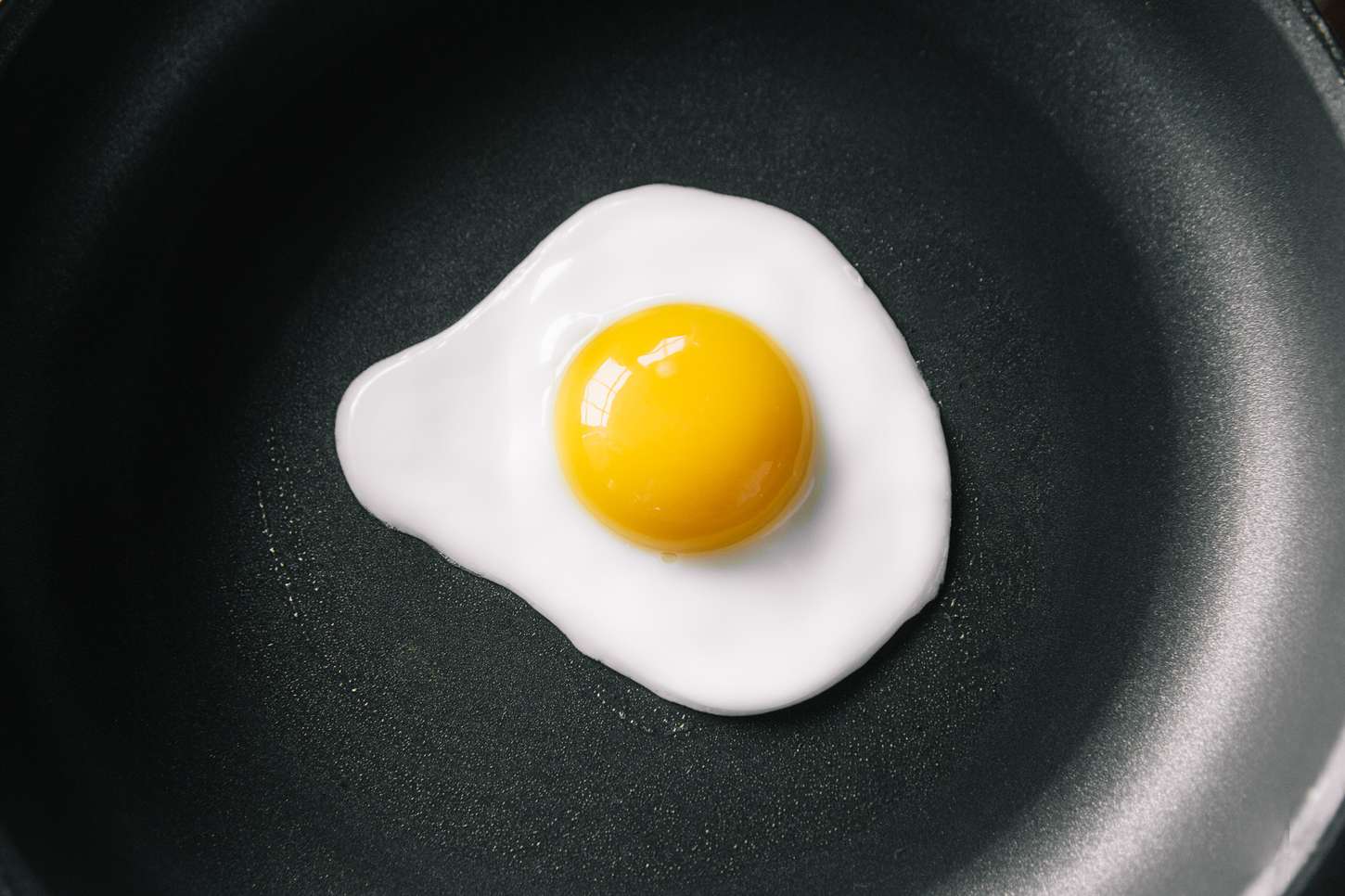 Or the city may not be so neat, and so we might prefer to think of it as a city of multiple 'villages' with multiple cores and pedestrian-priority areas. 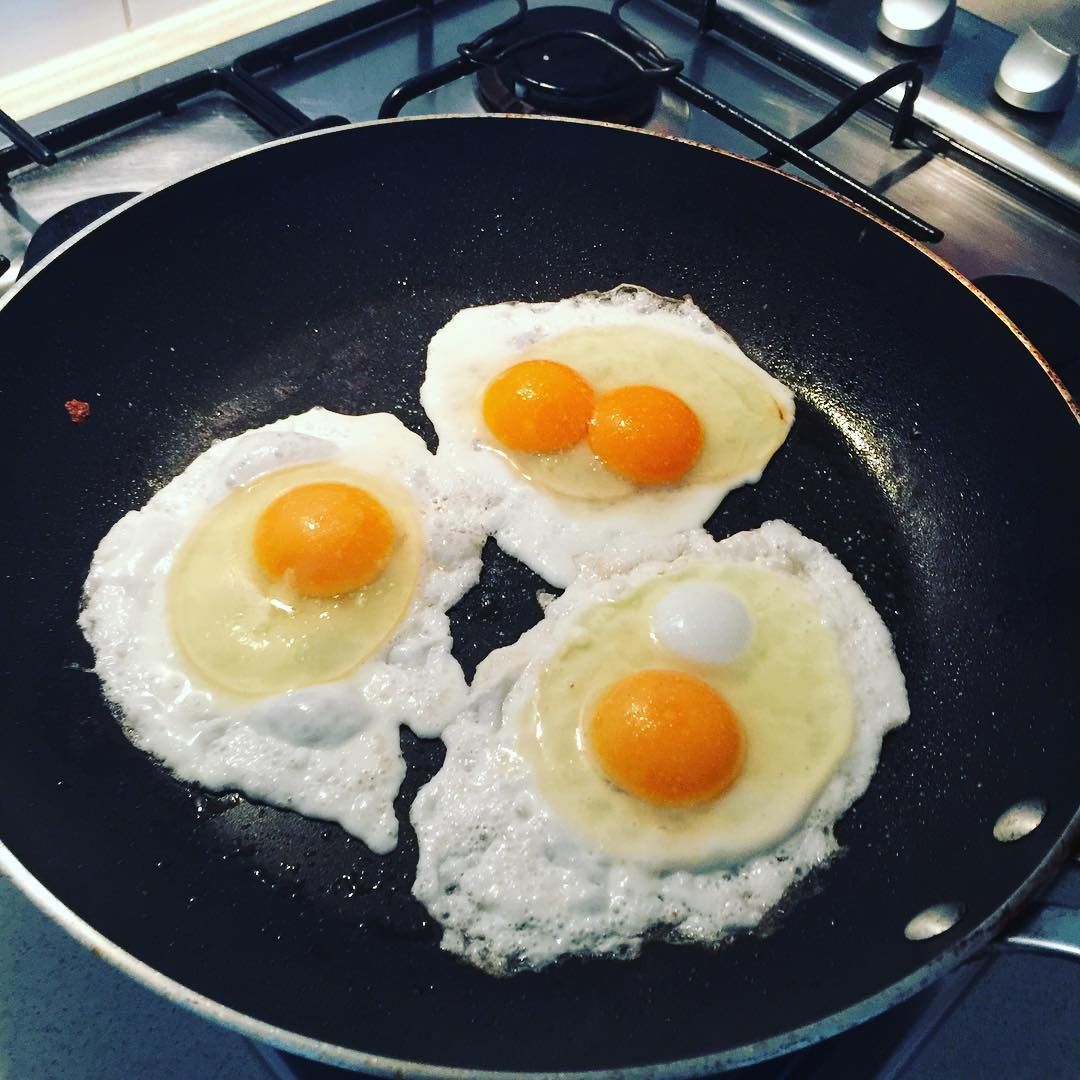 Existing use of Zones

Or here's the plan for the orbital signage routes. 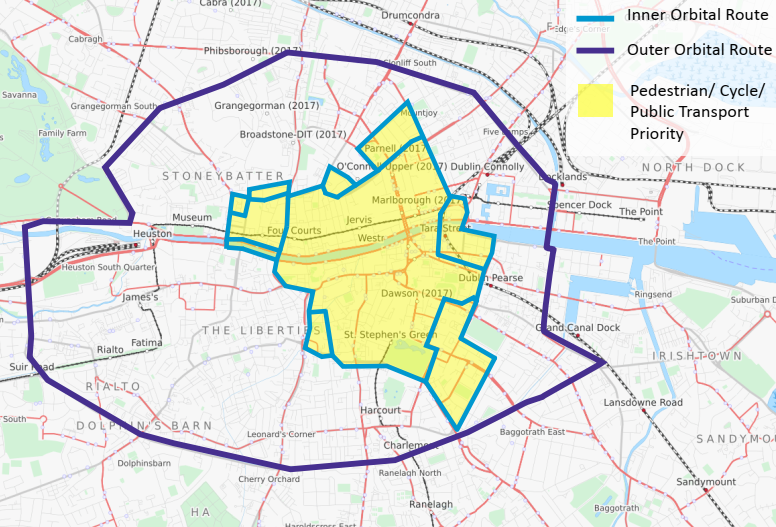 Or here's what we define as the central shopping area / retail core. 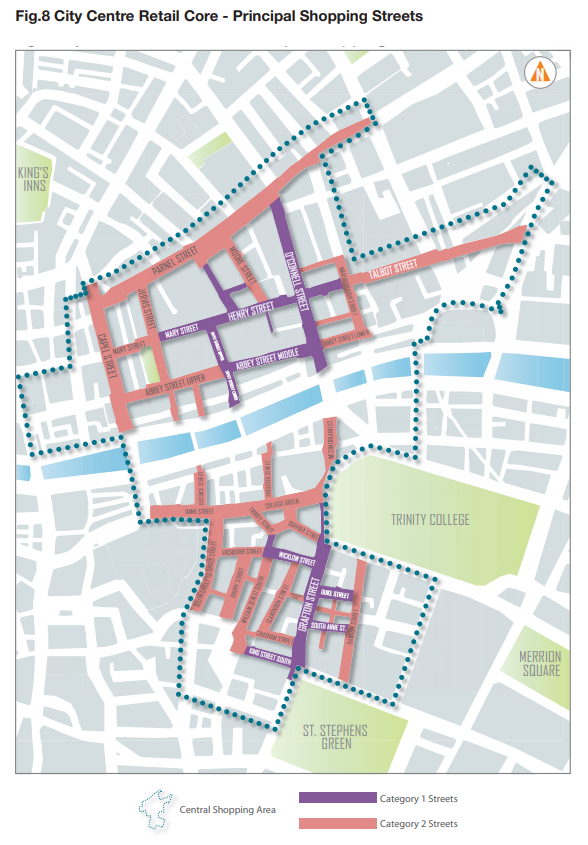 Or here's what the City Council defines as the Central Commercial District (CCD)... 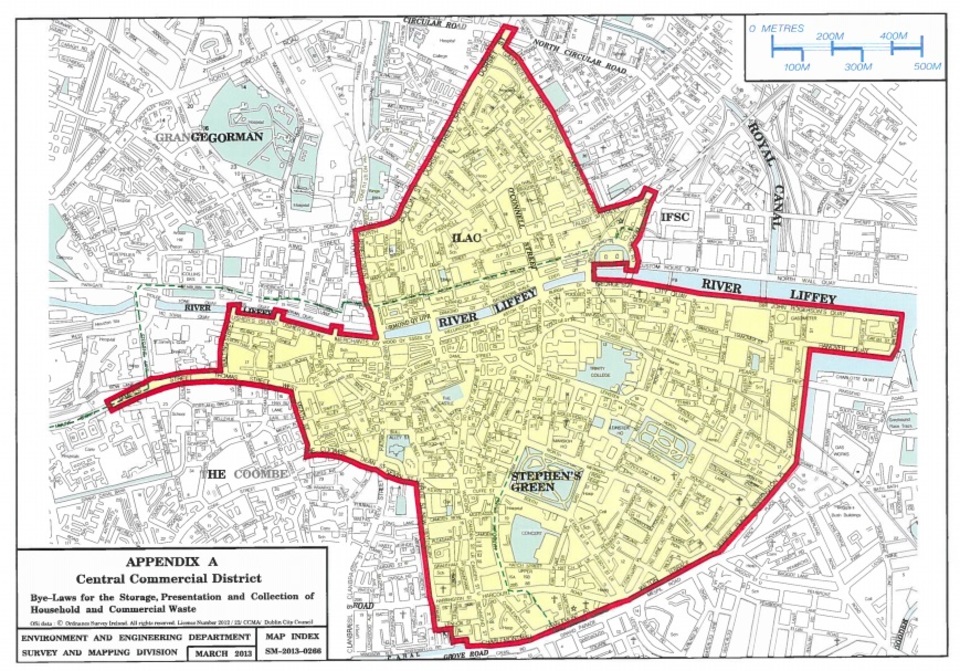 Or here's where the public realm strategy wishes to create a pedestrian friendly core. 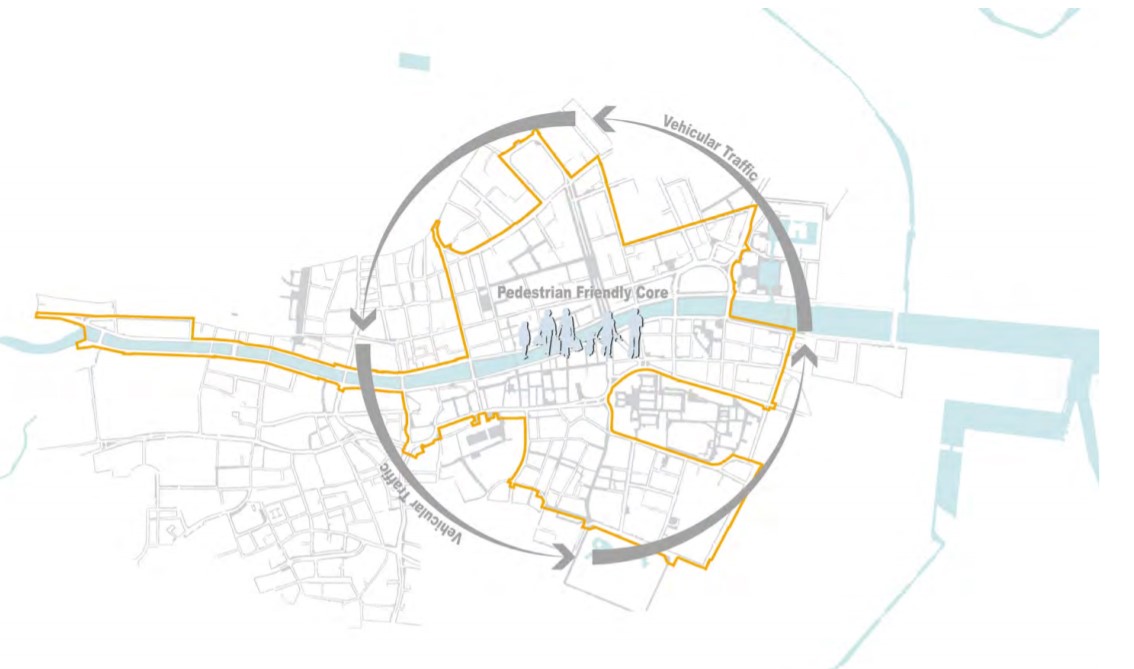 We possibly have 2 types of zone at present??? 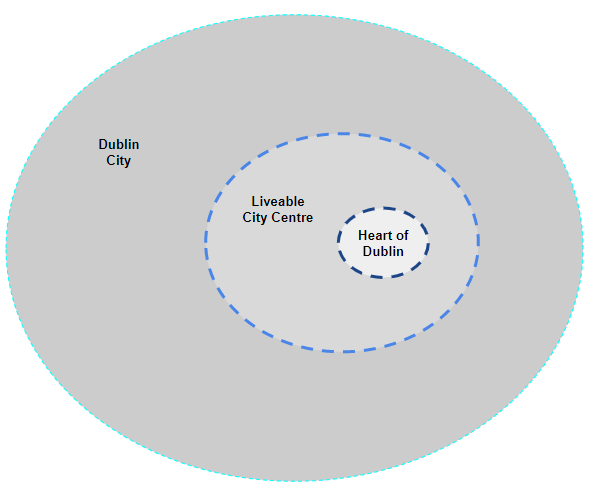 These zones should be aiming for these values. 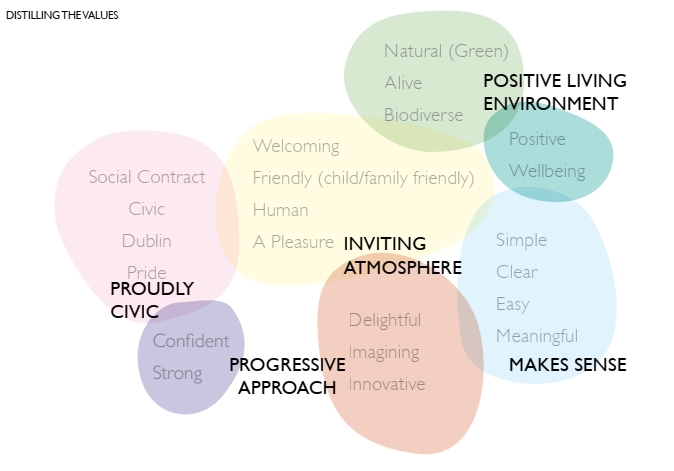 The zones are broken up by link streets which give access to, and surround, neighbourhood cells. There's a clear sense of threshold when crossing into a different zone. 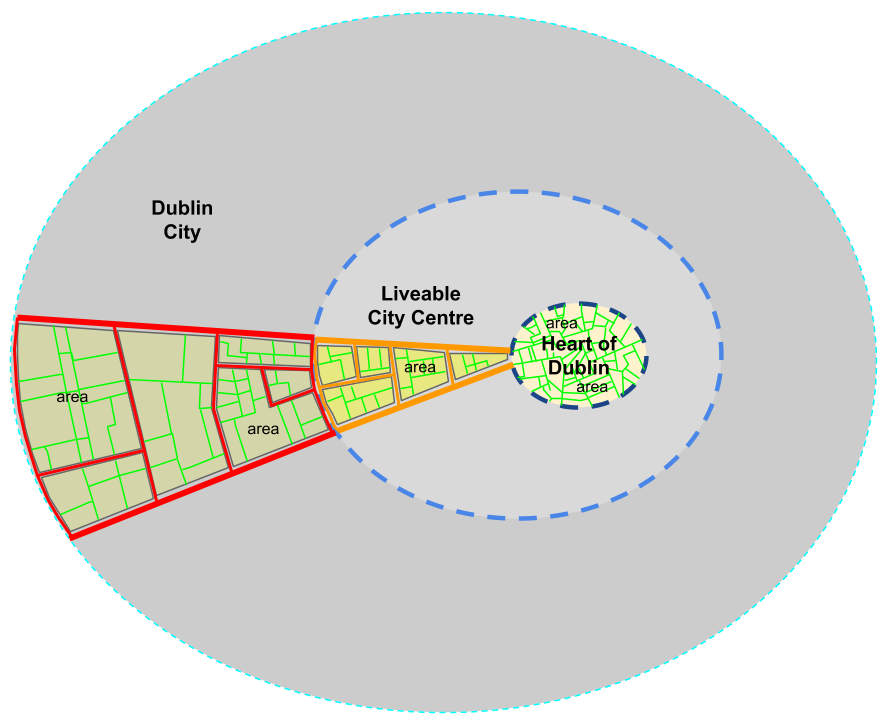 Feeling within the Zone

Thresholds (crossing between Zones B and A)

Thresholds (crossing between Zones C and B)

Commenting is not available in this channel entry.