How can we open up streets for children to more easily, and more safely, play on?

We'd like to explore the idea of Play Streets - streets which are opened up for children to play on, during certain periods.

The plan would be to change or introduce some traffic signage to prevent vehicles driving through that portion of street during particular periods during which it would effectively become a pedestrianised space. This would be on a temporary basis (eg for a year, with regular review dates built in), and only during certain times (for example, every Sunday 12-3pm, or every weekend Friday 9pm to Sunday 9pm).

The best approach to managing residents' cars will need to be worked out at the time, but if any residents need to park on an adjoining street during that period, we can easily resolve that - eg by issuing them with free visitor parking permits, or by adding adjoining streets onto their residential parking permit disc.

We would trial it on a temporary basis (eg for a year, with regular review dates built in) and (as a concept stage trial) it would be fully reversed back to the current scenario following the trial period.

(At a later stage, we may be able to trial some lockable play boxes on the street - eg as below from Copenhagen's 'Potato Rows' - but again, that can be explored at a much later stage.) 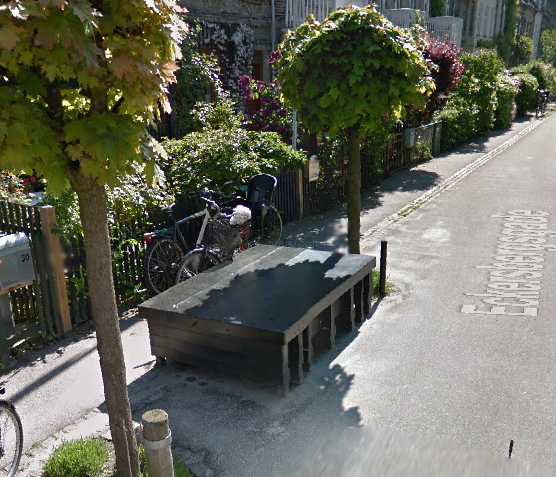 For the intitial trial(s), we'll be looking for a (portion of) street with as many of the following characteristics as possible. However, every single registration of interest will be useful in terms of helping us gauge interest in the idea, and also whether there are particular areas of the city that are especially interested.

If you'd like to suggest a particular street for a play street trial, please add your details below.

Create your own user feedback survey