There are many times when it would be useful to open up streets to people on a part-time, regular or irregular, basis.

We receive many requests for such options, and here are some examples of potential types of uses:

These ​all rely on the core condition of opening up a street to people walking and cycling, rather than the current main use of our streets which is the through-traffic of larger and heavier vehicles such as cars, vans, trucks and buses.

When they're regular, busy and give key visual cues to indicate that they're predominantly pedestrianised (eg the street is all at the same level), they tend to simply rely on legal signage. By their nature, there isn't much requirement for enforcement.

But when they're irregular, quiet streets, or designed to clearly visually and physically separate into lanes (with a step in level between pavements and the carriageway), they tend to also require a physical obstruction to be placed into the roadway in order to both send a clear visual cue to anyone driving or cycling, but also to physically act as the enforcement to prevent anyone from doing so.

It would be useful to find a method that is simple to use, effective, and scalable. More likely, it will be the principle that will be scalable and we'll need a few different methods to suit different scenarios.

The below plan of a T-junction between two streets shows the principle. 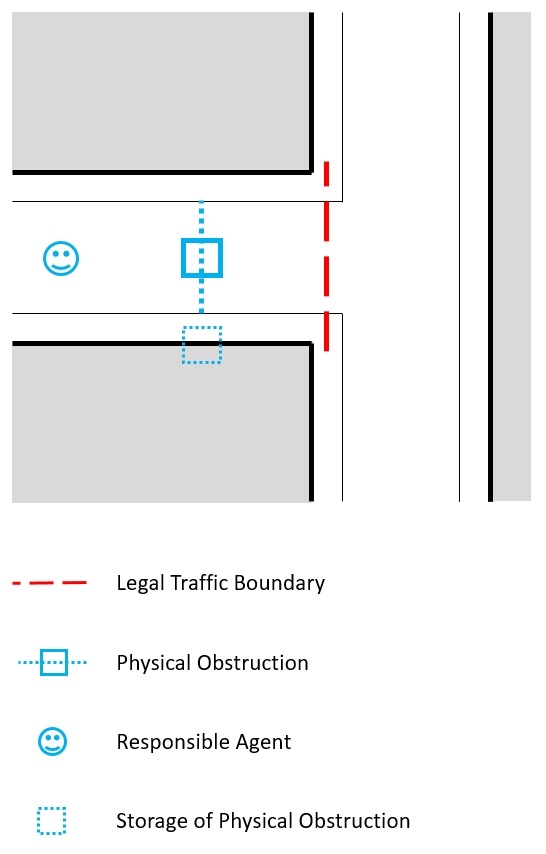 Here are some examples from around the world - ranging from simple/informal to complex/formal. 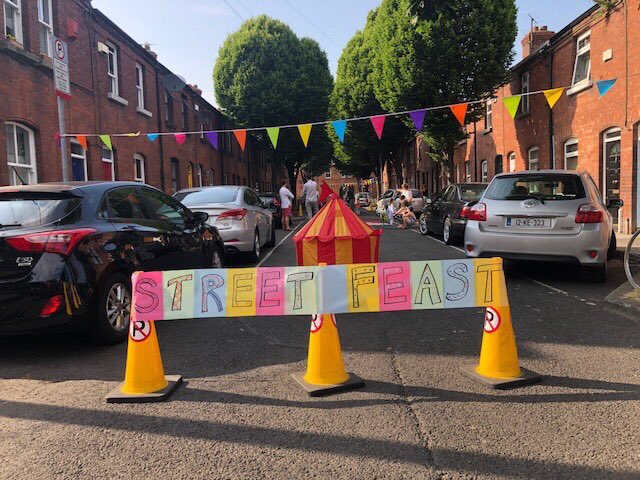 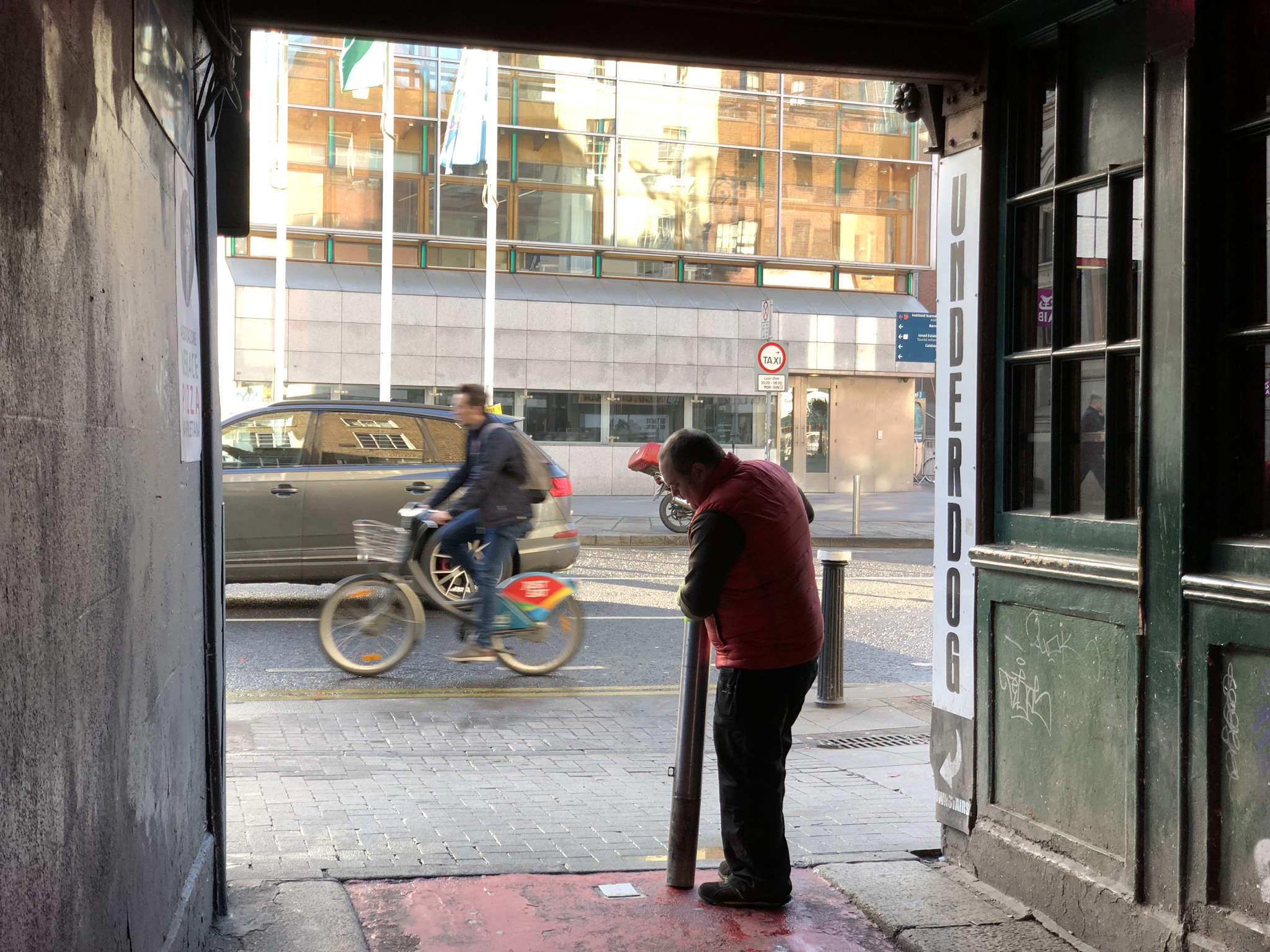 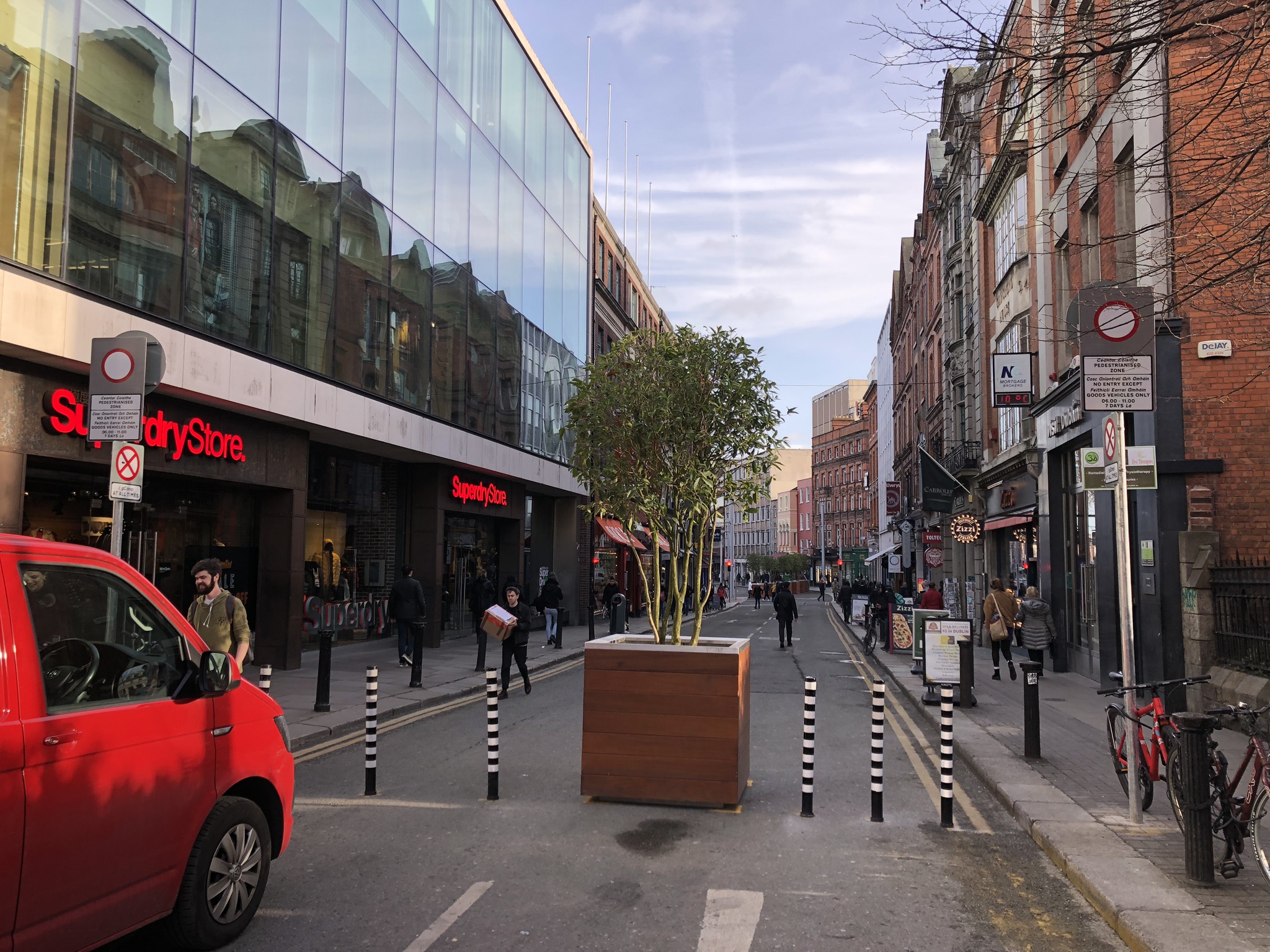 (A heavy planter and light bollards in use on Suffolk Street, Dublin.) 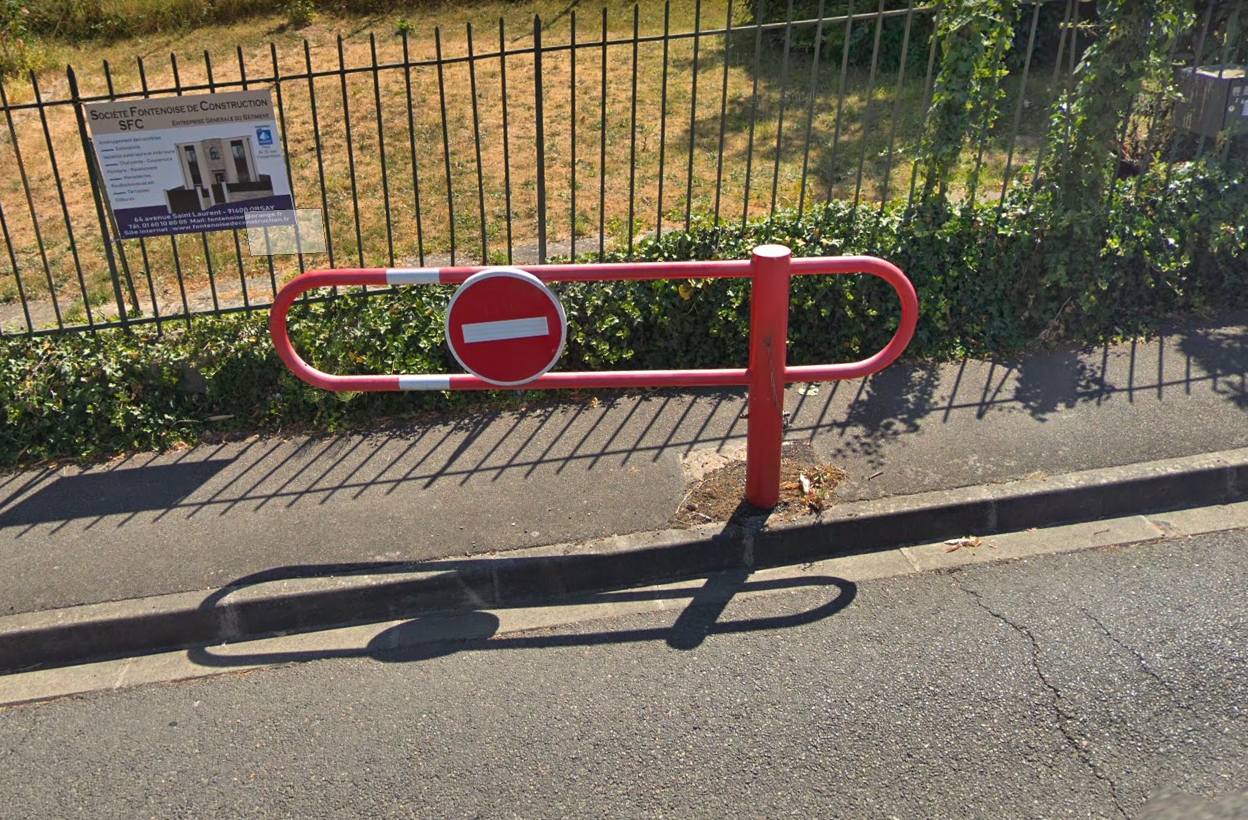 (A swing gate in France, which can be swung out to temporarily close a street to traffic. Thanks to Élodie for sending this onto us.)

Here are the required and preferred characteristics of this object:

D. Storage of Physical Obstruction (directly linked to the option chosen for object B)

In order to help us to dicuss this topic, we're hoping to trial the B-E aspects on Essex Street West in Temple Bar.

It's already pedestrianised but permits commercial access 06.00-11.00, and so that enables us to take the above red 'item A' off the table, and just focus on the blue aspects B-E.

Any trial would be fully reversed back to the current scenario following the trial period.

This aspect is already established (for over 10 years) - this street is pedestrianised for the majority of the day, and this has been the situation for over a decade, and will be unaffected by this trial. This is one of the reasons for choosing this street to start with -  it enables us to take that aspect of the discussion off the table and focus on the remaining aspects that interest us.

Item B - The 'Physical Obstruction'

We'll be initially working with Temple Bar Company for this role. They already carry out a similar role in two other locations in Temple Bar.

This may be resolved simply by our selection for item B.

We will update this section as we learn more.