As a Brainstorm entry, we'll be updating this idea and editing this entry as it begins to take on a clearer form...

1. Many of the Beta Project suggestions that come into Dublin City Council BETA are about local-specific challenges or opportunities (for example, "could you do XYZ on ABC Street..."). These are important, but from a BETA point of view, these would often would take the same amount of resources (time and energy) to explore a single local issue, as it would to explore a citywide concept or policy that ulitimately could improve the entire city...and so it made sense to prioritise the latter.

Could neighbourhoods decide on a vision for their neighbourhood? Could they then imagine, test and implement their way towards that vision using many of the methods that Dublin City Council BETA has developed to date?

We're thinking of this as a BETA platform for neighbourhoods - for example, 'Smithfield BETA' or 'Inchicore BETA'. 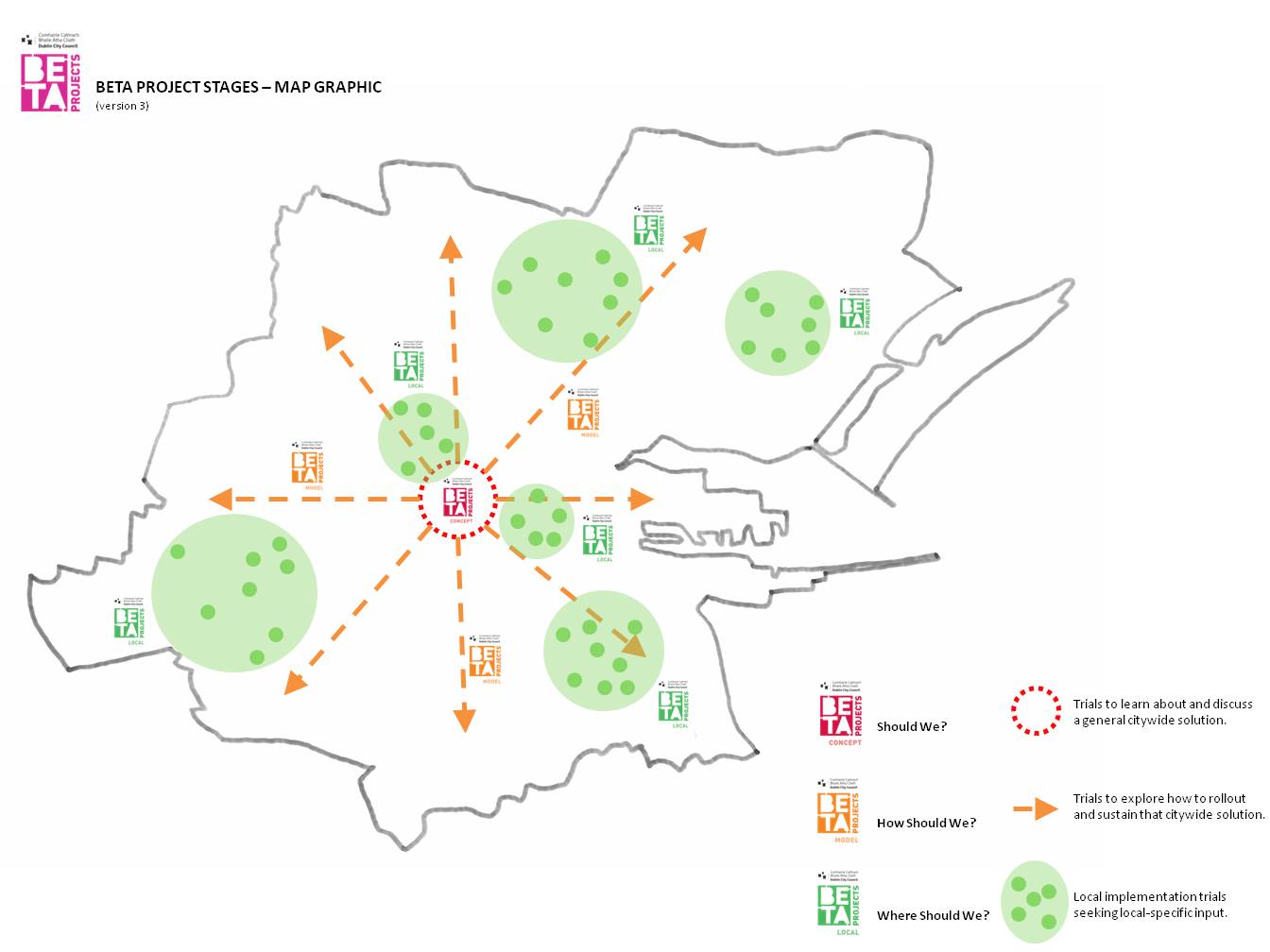 The idea will be to work with one neighbourhood and to learn about how/whether something like this works, and to ultimately find a process that other neighbourhoods could also use. In order to help the concept both scale but also be resilient and sustainable in the long-term, a hugely important aspect of this will be to find methods that are really good but also keep the amount of resources and time (of Dublin City Council staff and locals) required to a minimum.

This project is a communications project in many ways...how might a neighbourhood decide on a vision, how can they decide what to trial, how could they vote on changes, and so forth. We be interested in hearing your suggestions for similar projects that we could learn from! For example, many of the aspects of the previous Designing Dublin project might be useful - including street conversations (see the photos in the carousel above).

When we're ready to begin to explore this as, we'll be looking for a location with the following characteristics:

(The above images are copyright of Street Feast / Allen Kiely, Designing Dublin, and Dublin City Council.)